Dancing with pain is the story of a Syrian woman named Sham, who went through a difficult time during the war in Syria back in 2011. Till this day, sham suffers from traumatic flashbacks and frightening hallucinations as she finds it difficult to overcome the scars of the war aftereffects.

She was lucky enough not to lose her eye in the war, however she now sees but with a black small dot in her vision for the rest of her life. Nevertheless, Sham sees the world differently as she carries the challenges she went through as a reminder of her strength and belief of better days. Sham is now a successful designer, who is using her pain as a power for her creativity. She realizes she’s special and decides to embrace her misfortunes. 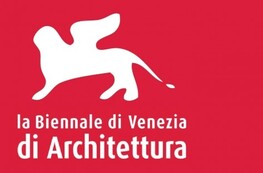 A wasted dream .. I deeply respect my pain, and refuse to share it with anyone. But this time I want to reveal it, maybe I’ll find someone to soothe me. I used to live with my dear family in a house filled with love and warmth. But war came over my beloved Syria and shredded its body and soul. War started to grow and fear started to control our emotions. My country turned from being a peaceful, friendly, and serene place into a fearful, devastating, and destroyed place.


Dancing with pain is a piece of digital art that you can visit using virtual reality. This piece is an  NFT work which is an abstract representation that allows you to see the world from the eyes of the young Sham, as she dances in her destroyed rooms reminiscing about her bombed city to prove that “from the womb of suffering creativity is born”.

People said about Dancing with pain :

“The contrast in the movie was incredibly touching ... contrasting the music between the calm classic and the sound of war ... and the abstracted reflection between the pain and happiness was clear while Sham searching for her mother but she decided to dance and singe instead of crying and stay in her fears, at the end of the film she let her pain express its creativity.”

“ Filming from Sham's perspective "The first-person shot" then moving to "First-Person Peripheral" in the real world that gives a huge impact on me … it felt like I am in the shoe of Sham ... and I got emotional. “

“Introduce the virtual environment gradually in the film  was brilliant, it made the artwork more immersiveness even from behind the 2D screen. ”